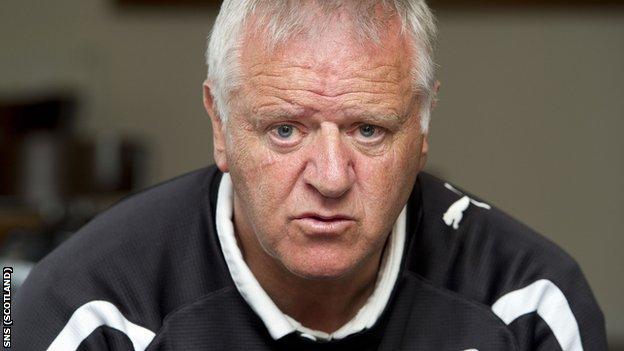 The 32-year-old Spaniard left Segunda Division side Huesca in January and will be available Saturday's home game against Hearts.

Fernandez has also played for Alaves, Tenerife, Siero and Amurrio.

With Paul Gallacher out and Iain Turner having ended his loan from Preston early, also due to injury, Chris Smith was the Pars' only senior goalkeeper.

"It will give cover for Chris and a bit of competition," manager Jim Jefferies said last week.

"If anything happened to Chris it would be a very difficult for the two young kids. In the predicament we're in, the last thing you want to do is throw youngsters in.

"Bernardo is experienced. He's played most of his time in the second division in Spain.

"There's not a lot of options for us at this point and he'll help us."