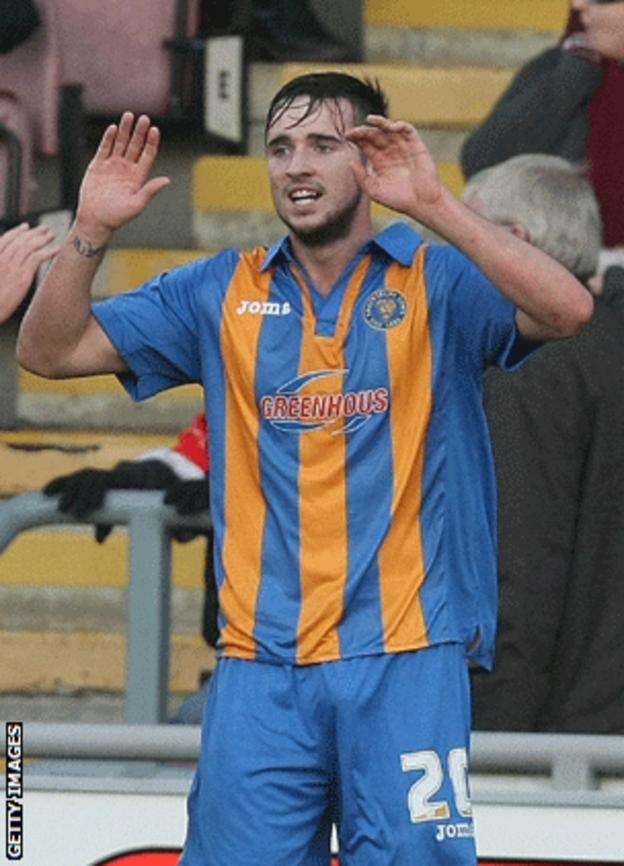 Shrewsbury Town midfielder Aaron Wildig has targeted making his loan deal from Cardiff a permanent one.

"It's been hard, training and not playing in the last 10 games or so," Wildig told BBC Radio Shropshire.

"But things can change so quickly. I know I've got more to give and I'm hoping Graham Turner sees something in me. I'd jump at a contract chance."

Wildig, whose initial loan in November was extended for the whole season in January, had almost become a forgotten man at the Meadow.

"It was a bit depressing at times," he admitted, "But I kept at it, coming in for double training sessions, making sure I kept fit.

Wildig is expected to continue in the Shrewsbury midfield for the suspended Taylor.

The midfielder believes that the disruption of the Port Vale game - abandoned due to an electrical fire under the East Stand - has been put to one side.

"It's business as usual for everyone," he said. "We can still win promotion - starting with a good team performance and three points against Aldershot."