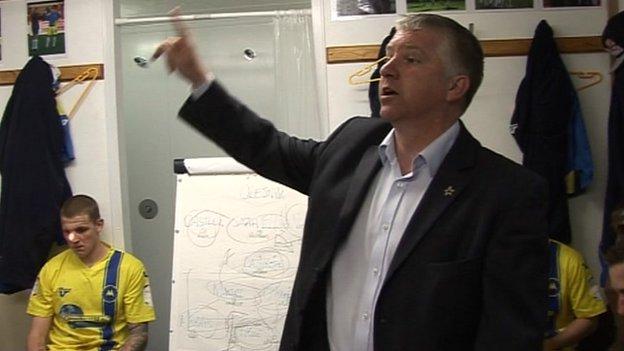 Torquay boss Martin Ling says he does not want his side to be promoted off the back of any punishment Crawley Town receive for their brawl with Bradford.

The FA are currently investigating Tuesday's melee at Valley Parade that saw five players sent off.

In October 1990 Manchester United and Arsenal were both docked points after a 21-man brawl.

"I'm not looking in the hope that Crawley get docked points so that we go up," Ling told BBC Radio Devon.

"I've not even looked at that scenario. There's obviously a case to answer whether it's a fine or points."

The Gulls are currently one point ahead of third-placed Crawley with seven games of the season remaining.

Ling says the clash in midweek, which he considers to be the worst he has seen since the incident at Old Trafford, did not paint football in a good light.

"It looked terrible, if you were the manager of either of those clubs you wouldn't be very proud of your players.

"I don't think it's good for anyone concerned with football," he added.