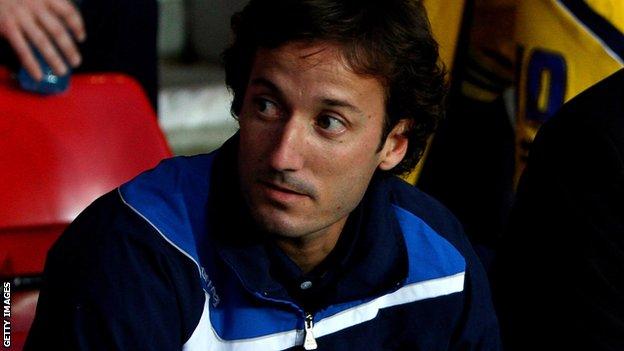 Brighton assistant manager Mauricio Taricco does not think Albion are under any pressure as they hunt for promotion to the Premier League.

The Seagulls currently sit fourth in the Championship table but face four of their promotion rivals in the run-in.

Taricco told BBC Sussex: "The idea is to try not to think about the outside [influences] or the expectations.

"I don't think we have any pressure to be honest. We try and pass that on to the players."

He added: "We want them to be calm and together and do what we expect them to do. We will go out and play our own game, the way we always do."

The Sussex side are looking to emulate Norwich City and win back-to-back promotions.

"We're in a great position and the players have been outstanding."

"It's been an amazing year already. Hopefully we can keep it going until the end and make it unbelievable."