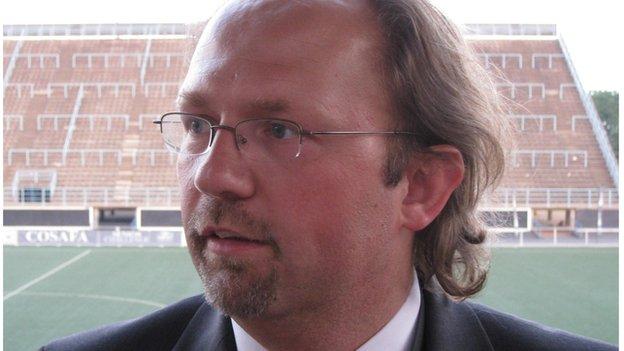 Belgian Tom Saintfiet has been given a four-year contract as Nigeria's technical director.

According to a communiqué signed by executive committee member of the Nigeria Football Federation (NFF), Emeka Inyama, Saintfiet will earn a monthly salary of US$20,000.

The 38-year-old Saintfiet has previously worked in Namibia, Zimbabwe and Ethiopia.

As part of his brief, he will oversee all the country's teams.

"There will be a Nigerian assistant for Saintfiet and this appointment will be revealed soon."

The football authority also retained John Obuh as coach of the country's Under-20 side, the Flying Eagles.

He will keep his post along with his technical crew who led Nigeria to win the African Youth Championship in South Africa last year.

Ex-international and former Enyimba coach Kadiri Ikhana has also been appointed the coach of the country's women's team, the Super Falcons.