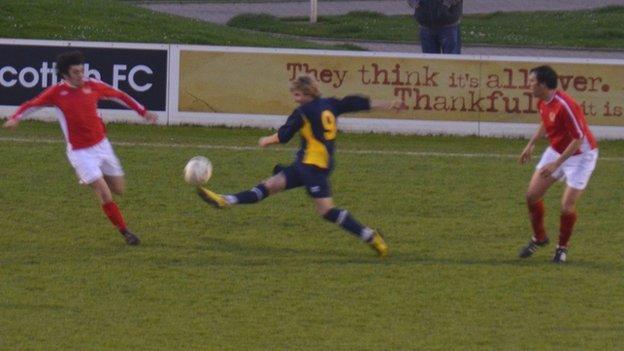 Jersey Football Combination are just one win away from representing England in Europe after a 4-3 penalty shootout win over the Cheshire League.

But Richard Chinn netted from close range with just two minutes left to make it 1-1 and force extra-time.

After missed his spot kick it looked like the visitors would clinch a dramatic shootout victory.

But Fletcher was the hero again, saving penalties from Chris Quirk and Aaron Kirk before substitute Mark Lucas held his nerve to seal Jersey's place in the final.

The island's boss Craig Culkin had described the game as Jersey's biggest match in three years.

They will face 2006 winners the Isle of Man in the final after they overcame the Southern Amateur League 2-1 in the other semi-final.

The tournament winners go on to represent England in the Uefa Regions Cup.