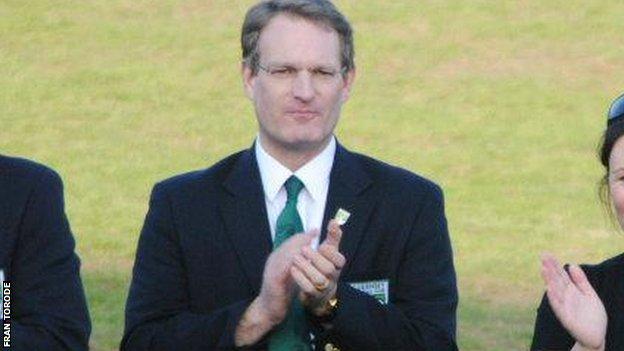 Guernsey FC chairman Steve Dewsnip says the club needs the continued support of the island's community if it is to keep being successful.

The Green Lions won the Combined Counties league Division One title at the weekend to cap off a tremendous first season in English football.

But Dewsnip says next season's campaign will be even harder.

"There's no doubt we need the continued support of the local business community and supporters," he told BBC Guernsey.

"When we did our planning we certainly didn't plan for just one level of football, we've always planned to go up the pyramid as far as we can.

"At the start of the season when we did our business plan we were hoping to have 300-400 supporters at our home games, but we've had over 1000 for nearly every single game."

With 22 teams in the Combined Counties Premier Division it will mean eight extra games for Guernsey next season, almost 25% more than they will play this season.

"It will mean more travelling and more commitment," continued Dewsnip.

"It's a very difficult division to get out of and we've no idea if we can be successful, clearly we'll be trying our best to be so but we'll take every game as it comes."