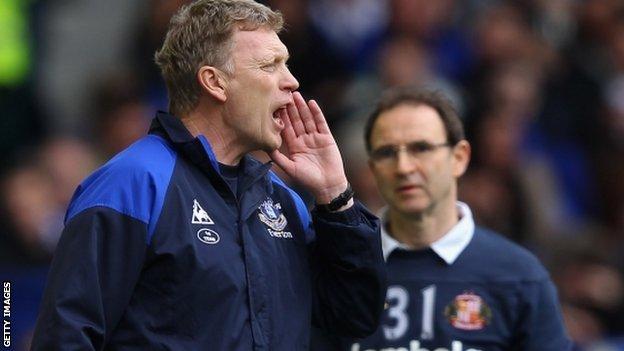 Winger Sebastian Larsson and full-back Phil Bardsley, who was unwell, are fit, but John O'Shea and Kieran Richardson are out with calf problems.

Everton midfielder Steven Pienaar is cup-tied so Darron Gibson is expected to keep his place in the side.

Sunderland manager Martin O'Neill said: "It will be a big match, a big match for both clubs.

"The incentive is great too - for Everton, the chance to play Liverpool in an all-Merseyside semi-final, and for ourselves, just to be there would be really terrific.

"We have battled all this way and we don't want to give it up without a fight."

Everton manager David Moyes said: "The fixture congestion will affect the squad but you have to take the games as they come.

"You have to get on with it but, as I've said a couple of times, I don't think it has been particularly fair on us.

"The Premier League have been hard on Everton this year, that is for sure."

When asked to expand on why he felt that, Moyes replied: "None of your business."