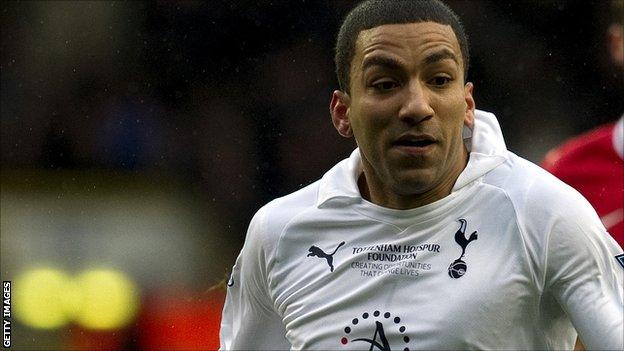 The winger has encountered problems with his recent transfer from Rangers.

"It's still with Fifa," said Coyle. "We have sent all the necessary paperwork."

Redknapp said following Saturday's derby that he intends to "freshen up" his team up for the visit of the Trotters, which means Carlo Cudicini, Ryan Nelsen, Jermain Defoe and Danny Rose could all start for Spurs.

"The FA Cup is a big thing for us, definitely," said Redknapp, who won the competition with Portsmouth in 2008.

"I'd be bitterly disappointed if we didn't make the semi-final now. It's a game we want to win.

"We want Champions League football but also I want an FA Cup final.

"I want to win the cup and qualify for the Champions League as well. That's the aim."