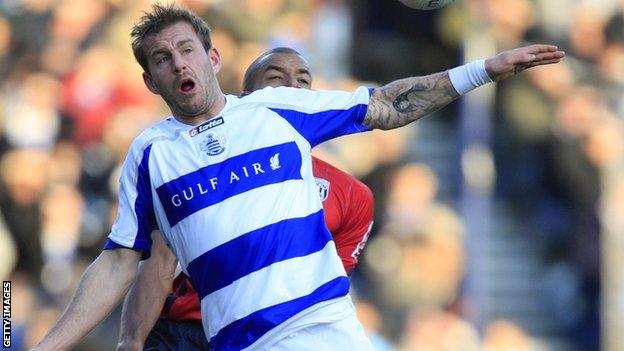 Gillingham boss Andy Hessenthaler has revealed that the club are not paying a penny towards Rowan Vine's loan spell.

The 29-year-old moved to Priestfield on the loan deadline day, having been frozen out at QPR this season.

"It was a no-brainer because there were no costs in it for us," Hessenthaler told BBC Radio Kent.

"He was even prepared to pay his own way to come to us. That just shows you his dedication. He's hungry to get playing again."

Vine came on as a substitute during Gillingham's 2-2 draw against Bradford City on Saturday, his first professional appearance since September 2011.

And the striker admitted he felt he had a point to prove after a difficult time at Loftus Road.

"I've felt detached from QPR for a long while to be honest," he said.

"It's tough when you're training with the reserves and the young lads and you're playing bit parts in reserve games.

"It's not me feeling like anything is a step down. If I get to play some football from now until the end of the season, then I'd be delighted."

He concluded: "I'll give everything I've got. I never back down from a challenge and I'll be out there giving everything I can."