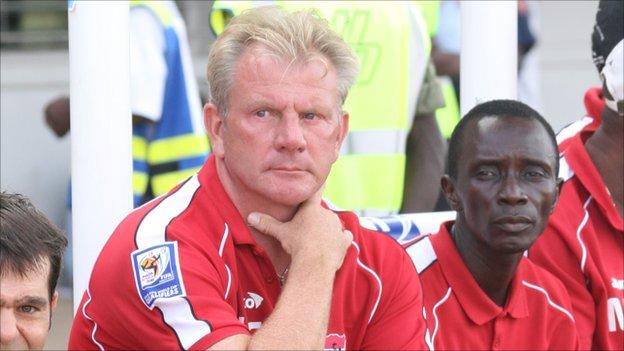 Paul Put has been named as the new coach of Burkina Faso, replacing Paulo Duarte, who was sacked after a disappointing Africa Cup of Nations.

The 55-year-old has previously been been in charge of The Gambia. He was dismissed from that post last November, after the side failed to qualify for the Nations Cup.

Put, who has also coached club sides in his homeland of Belgium, was chosen from a list of 12 candidates.

He has signed a three-year contract.

Put was coach of The Gambia from 2007, and even had his contract extended, despite failing to lead the team to the 2010 Cup of Nations in Angola.

The sports ministry finally ran out of patience with Put, but he now finds himself back in African football after less than five months.

His main task will be to try and qualify Burkina Faso for the 2013 Cup of Nations in South Africa, and the World Cup finals in Brazil in 2014.