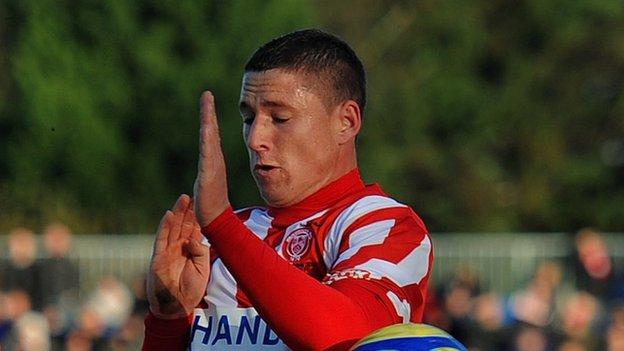 Rowe secured a crucial win for Harriers by cutting into the box from the right-hand side before firing into the net.

"We made a conscious decision to try and go for it and we tried to throw people forward but to concede at the end is obviously disappointing.

"We took our eye off the ball at the last minute and got done by a sucker punch.

"My opinion is that they've won the game so they've obviously been better than us at putting the ball in the back of the net.

"We just look a nervous team at the moment and look under pressure."

"It'll be no different going to Southport (next week) but this is a tough place to come, make no mistake about that.

"The crowd get behind the players here - they always get behind Grimsby.

"They have had a few chances as well and I thought they played quite well today.

"But I just thought that throughout the game we thoroughly deserved our win today."