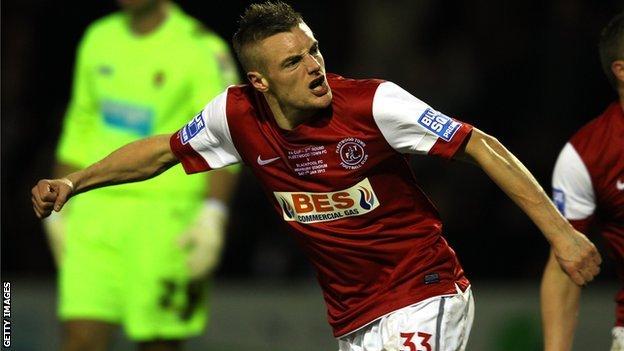 Jamie Vardy's 32nd goal of the season set league leaders Fleetwood on their way to victory over bottom club Bath.

Things did not get better for the hosts as Andy Gallinagh fired into his own net and Richard Brodie's close-range effort made it 4-0.

Bath did get one back when Adam Connolly headed home, but it was little consolation for the hosts.

Promotion-chasing Fleetwood now sit eight points ahead of second-placed Wrexham, who could only draw away at Cambridge.