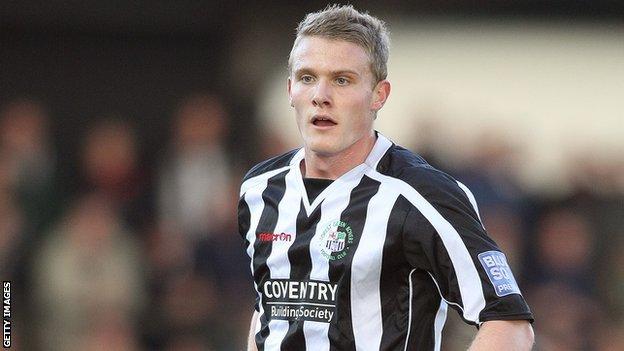 Andy Cook's drilled effort for the visitors was as close as either team came to a goal before the break.

Klukowski tucked home a penalty after Danny Hone handled, and he added a second when he slotted in Michael Uwezu's cross from six yards.

He wrapped up a fine display with a superb curling free-kick from 25 yards.

The Bluebirds are now without a goal in over 600 minutes of football.

"The objective was 60 points and then beyond. The earlier you do that, the better your season is. Now we've got them, we've achieved our target so let's see where we end up.

"In the first half we were poor and didn't turn up. There were harsh words and I had to rifle into them. In the second half for 20-25 minutes it was two and it could have been more. We've kept a clean sheet and to go from first gear to third or fourth takes some doing.

"The crowd were pretty fair with us today because in the first half we didn't give them anything to cheer. In the second half we did and they got behind us and we showed a little bit of what we're about."

"It's a game that we've dominated today from start to finish.

"I've been in football a ling time and 3-0 was massively harsh.

"Things are going against us at the moment but we've got to keep believing in what we're doing."