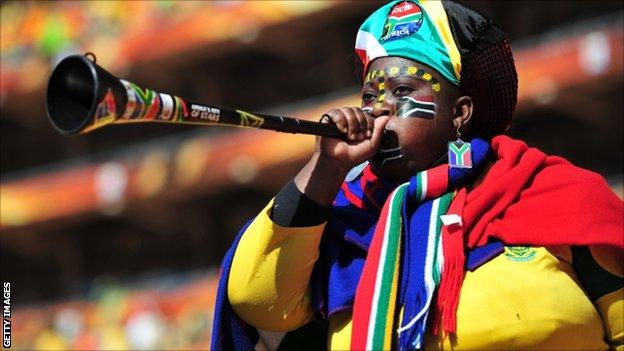 The South African cities hoping to stage matches at next year's 2013 Africa Cup of Nations will learn their fates on 4 April.

They had been due to make their cases on Friday but requested more time to prepare.

The South African FA (Safa) will now meet on Saturday to consider recommendations from the committee that heard the bids.

"The basic requirement we asked of them is how are they going to fill stadiums. That is our main issue.

"Only those cities with the best business plan will be considered - it is a fantastic dilemma for us."

Organisers have yet to confirm how many cities will eventually stage matches, but the figure of seven has been widely reported in the South African media.

The official launch of the tournament is also planned for 4 April, following a visit from the Confederation of African Football (Caf).

South Africa is spoilt for choice in terms of first-class stadiums, having hosted the Fifa World Cup in 2010.

They were granted the 2013 edition of the Nations Cup after original host nation Libya was deemed an unsuitable venue due to the civil unrest.

In a break from the norm, South Africa is reportedly set to choose seven stadiums - four of which will host the opening two rounds of group matches.

A further three will be required for the last round of group matches, followed by the knockout stages.

The 16-team tournament will take place from mid-January to mid-February 2013, with the winners representing Africa at next year's Fifa Confederations Cup in Brazil.