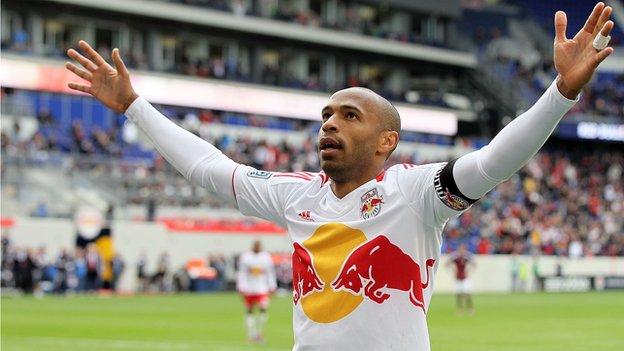 Ioan Llewelyn, the Bangor City assistant manager and the club's head of youth development, has joined the Bulls' burgeoning Academy structure on an initial eight-month contract.

The 31-year-old from Anglesey is one of a handful of Uefa qualified coaches selected from hundreds of applicants from all over the United Kingdom.

"It's a bit of a step into the unkown," Llewelyn told BBC Sport as he travelled from his home in Llanfairpwll to catch his flight to New York from Heathrow.

"But it's a chance to work with a professional club and a chance to get some more coaching experience."

The Bulls Academy is based on the Barcelona model, says Llewelyn, which develops local talent according to a specific philisophy of play - a mixture of the Dutch total football and Spanish one-touch play, known as tiqui-taka. 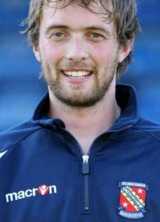 Ideally I'd like to stay in Wales and work with a professional club, but there are so few opportunites

While Barcelona concentrate on the city's surrounding area, the Bulls casts its net wider to cover the Tri-State area of New York, New Jersey and Connecticut.

"The potential is enormous," said Llewelyn, who was assessed by the Bulls in two seperate interviews at England's National Sports Centre in Bisham Abbey.

"I'll be working with around 100 kids, boys and girls. I'll have two other qualified coaches with me and we'll be following a set coaching structure.

"It's all designed to ensure there's a natural progression from the academy into the Bulls first team."

After two successive defeats, the Bulls secured their first win of the MLS season on Saturday. Talisman Thierry Henry scored twice and created the third in a 4-1 victory over Colorado Rapids in front of a crowd of 21,024 at the Red Bull Arena in New Jersey.

Created in 1995, the Bulls were founder members of America's 19-team national league, but they face competition for the hearts and minds of New Yorkers following the resurrection of the New York Cosmos.

With Pele as president and Eric Cantona as director of football, the Cosmos - who featured global superstars such as Pele, Johan Cruyff and Franz Beckenbauer during their 1970s pomp - hope to become the 20th MLS team in 2013.

They need to build a squad and find a home first, but their heavy investment in their own youth academy - headed by former Venezuela and Swansea City striker Giovanni Savarese - demostrates their commitment to fulfill Cantona's ambition of making them "one of the best clubs in the world over the coming years".

The outspoken Frenchman recently advised Manchester City to focus on its youth system rather than spending millions on buying players.

"Cantona is big on youth development and ensuring they are coached to play football the right way, as he sees it," said Llewelyn.

"I'm sure it's similar to the philosophy of play that the Bulls are trying to develop. It'll be intersting to see how much rivalry there is between the two clubs."

Illness in his late teens forced Llewelyn to cut short his playing days. Coaching felt like a natural alternative, he says, and four years after joining Bangor's youth set-up in 2004, he was in charge of the whole operation.

Considerable success has followed for the various youth teams, not least at the internationally renowed Holland Easter Open in 2011 where the Under-12 team won the tournament.

"I'll be there for eight months initially but it could turn out longer if I enjoy it and if I impress them," said Llewelyn, who joins two other Welsh coaches, Andrew Sparkes from Swansea and Aled Williams from Cardiff, at the Bulls.

"I'll be continuely evaluated but hopefully I'll be able to start climbing the ladder. It will give me more opportunity to do some coaching because at Bangor a lot of my time was taken up organising the other coaches and running things.

"Ideally I'd like to stay in Wales and work with a professional club, but there are so few opportunites. Hopefully going to New York can help me achieve that."