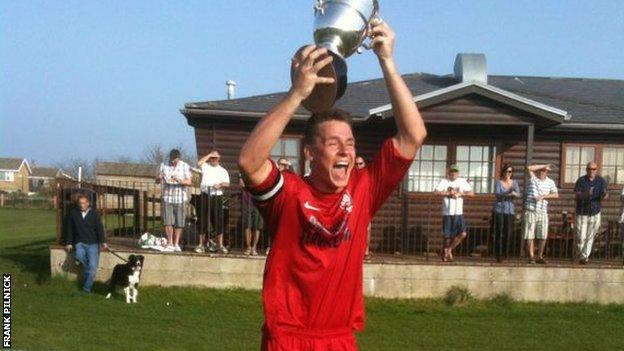 St Brelade have secured their first Jersey Championship title after an 8-1 thrashing of the league's bottom club Sporting Academics.

St Brelade were already guaranteed promotion to the top flight for just the second time in their history, but wrapped up the title in style.

St Lawrence have also been promoted following a 2-0 win at St John.

Luke Maguire got both St Lawrence goals to send them into the top flight.

In the other Championship match on Saturday, Portuguese Club overcame Magpies 1-0 thanks to a Joao Antunes goal.