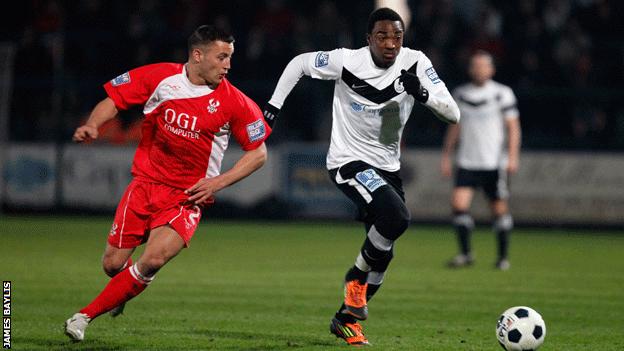 Jackson previously spent a month at the Bucks Head but a hamstring injury cut short the loan.

The 21-year-old returned just in time to play in Telford's 2-1 win against Kidderminster on Tuesday.

"I always wanted to come back and I think the move was completed just before the registration deadline," he told BBC Radio Shropshire.

"It was good to go straight into the team.

"It's good to have a manager who really wants you and he's shown a lot of faith in me. His style of football suits me, I'm getting the ball to my feet, and it's down to the amount he wanted me that persuaded me to come here. I want to repay him by playing well."