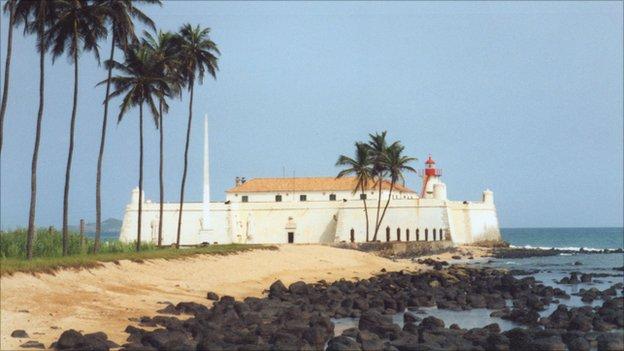 Sao Tome and Principe are celebrating their highest position in Fifa's rankings system after leaping 53 places to 115th spot.

Their success was built upon last week's 2-1 defeat of Sierra Leone in a 2013 Africa Cup of Nations qualifier.

This was their fourth competitive match without defeat.

Until three months ago, Sao Tome had not played a match in eight years - prompting them to drop out of the rankings altogether.

Last November, they hosted Congo in a 2014 World Cup qualifier, losing 5-0, but after their long spell of inactivity, a team previously used to a string of poor results staged a remarkable turnaround in fortunes.

In the return leg of their clash with the Red Devils, the islanders managed to avoid defeat in Congo - drawing 1-1.

Earlier this year, Sao Tome won its first Nations Cup qualifier in history - as it knocked Lesotho out in the preliminary round of 2013 qualifying with a 1-0 aggregate victory.

Last week's 2-1 victory against Sierra Leone - beating a country whose population is at least thirty times larger - explains the leap up in the Fifa rankings.

World champions Spain, 5-0 winners over Venezuela last week, stayed top and Netherlands moved into second spot thanks to their 3-2 win over England, swapping places with Germany, who lost 2-1 at home to France.

Five-times world champions Brazil, whose ranking of seventh was their lowest since 1993, climbed to fifth thanks to a 2-1 friendly win over Bosnia.