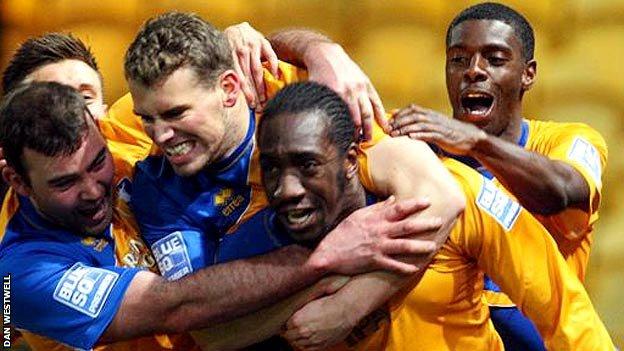 Peter Cavanagh's header nearly put the Cod Army ahead but the ball struck the post and fell to Alan Marriott.

But they did take the lead when Lee Fowler's pass reached Jamie Vardy, who raced clear to poke past Marriott.

But Luke O'Neill's well-flighted corner reached Geohaghon, who headed in at the far post to snatch the draw.

The result sees Fleetwood's lead at the top cut to three points and second-placed Wrexham have a game in hand.

"I thought it was an excellent point. We lost Gary Roberts before the game, we're missing Adam Smith.

"We had Adam Murray just coming back for his first game - he had the flu - and a number of the players had heavy colds.

"To go out there - against what I would call probably the best team in this league by a country mile - it was a good point, so I'm happy with that."