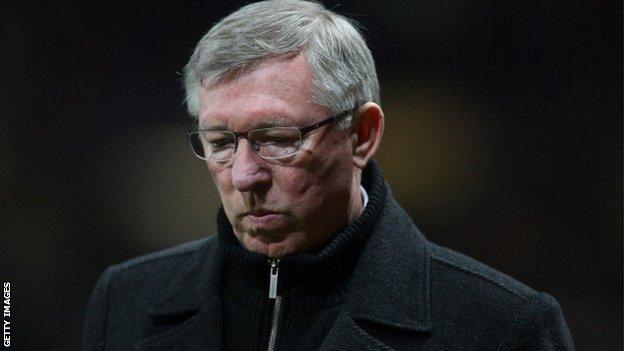 Manchester United manager Sir Alex Ferguson blamed himself for his team's Europa League scare after a youthful United side struggled against Ajax.

United lost 2-1 to Ajax at Old Trafford on Thursday, but still advanced 3-2 on aggregate to book a last-16 date with Athletic Bilbao.

"I must say, I've got to accept I'm responsible for picking the team and I picked too many young players in the back four positions," said Ferguson.

United, who failed to advance past the group stages of the Champions League this season, have now failed to win in three of their last four European games at Old Trafford.

Leading 2-0 from the first leg in Amsterdam, they stretched their lead when Javier Hernandez scored his 10th goal of the season.

Ferguson acknowledged that his team will have to play much better if they are to progress to the final.

"Ajax are fantastic in terms of keeping the ball," he added.

"Their first goal I thought was a handball [in the build-up] but, although they had a lot of possession, they didn't look like scoring.

Ferguson is hoping Wayne Rooney, who missed the second leg because of a throat infection, will be available to face Norwich on Sunday, a game which could see Ryan Giggs make his landmark 900th appearance for the club.

United will face Athletic Bilbao at Old Trafford on 8 March before travelling to Spain for the deciding leg on 15 March.