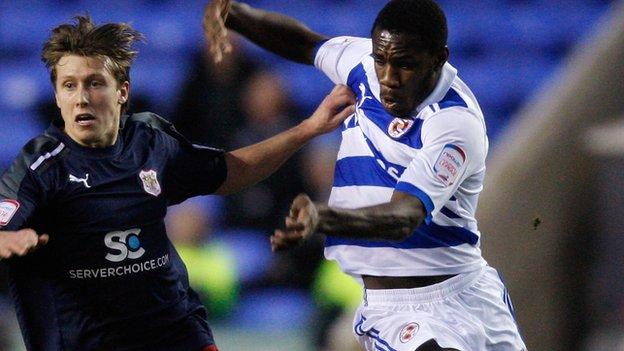 Sheffield Wednesday have agreed a deal with Championship side Reading to sign winger Michail Antonio on loan.

The 21-year-old will remain at Hillsborough for the rest of the season and is available for Sunday's derby against neighbours United.

Antonio has also had loan spells with Cheltenham, Southampton and Colchester during his career.

He scored for Southampton in their 4-1 Johnstone's Paint Trophy final victory over Carlisle in 2010.