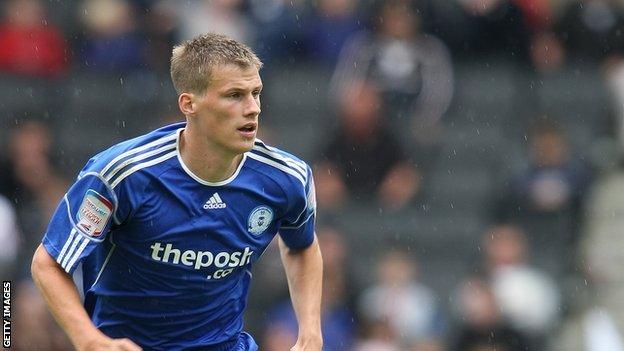 The pair have played together in 26 of Posh's 29 league games this season.

Bennett, 21, joined the Canaries on transfer deadline day but will stay at Posh on loan until 28 February.

"It definitely seems like we're divorcing, which is hard to take. We've had a good relationship," Zakuani told BBC Radio Cambridgeshire.

"He's probably the best centre-back I've played with and he's got a lot of potential.

"I'd like to feel I played some part in helping his game develop. We've really enjoyed our time together."

And the former Leyton Orient defender feels that he is a better player for having played with Bennett.

The 25-year-old said: "Last time we were in the Championship, I felt that [being direct] was where I was going wrong. I needed to add a bit more to my game.

"I receive the ball a lot more and use it to more effect. Benno has definitely rubbed off on me in that sense."

In one of their last games together, a 2-0 FA Cup defeat by Sunderland, Bennett cut his head on Zakuani's teeth as they went for the same ball.

And Zakuani feels that demonstrated how Bennett has grown since they started playing together: "A couple of years ago he wouldn't have gotten up. But he managed to get up there, he's definitely toughened up."