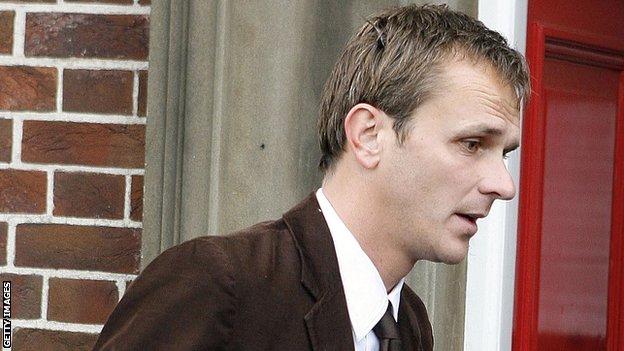 Former Liverpool, Manchester City and Germany midfielder Dietmar Hamann has revealed the gambling problems he suffered towards the end of his career.

Hamann, 38, began gambling following the breakdown of his marriage.

"There was a time when I was on my own when I got into spread betting. A painful and expensive experience," he told BBC Radio Manchester.

"You have to look in the mirror and say 'Can you carry on like this or this is way you want to carry on?'"

He added: "There was one night which cost me over £200,000 and that was obviously a long and painful night.

"You've got face up to it and when you wake up the next morning you look in the mirror and don't like what you see."

The former Germany international moved to England in 1998 with Newcastle, but left after just one year on Tyneside to join Liverpool for £8m.

He spent seven years at Anfield winning two FA Cups, two League Cups, the Uefa Cup and came on as a half-time substitute as the Reds turned around a 3-0 deficit at the break to beat AC Milan in the 2005 Champions League final.

During his time on Merseyside he reached the 2002 World Cup final with Germany and scored the last goal at the old Wembley as they beat England 1-0.

After being released by Liverpool, Hamann spent three years at Manchester City and finished his playing days during his the stint as player-coach at MK Dons, before he moved to Leicester City as first-team coach.

Hamann's last job in football was as manager at Blue Square Bet Premier side Stockport County, where he stayed just four months following the collapse of a takeover by a Liverpool-based consortium.

Now spending time working in the media, Hamann says he often gambled to forget about the time away from his children and could lose huge amounts in a day.

"If you bet in these numbers it's not healthy or sustainable, this is why things had to change and did change.

"It's about making changes for the better and I think it made me a better person and a stronger person.

"At the time, I don't want to say it got out of hand, but because I was on my own you try to do things that take your mind away from the pain you've got, with not having the kids there and it was something which made the time go by quicker.

"I've moved on now, I'm busy doing stuff and I'm happy with the way things are at the moment."

Dietmar Hamann is 'In the Spotlight' on BBC Radio Manchester on Thursday, 9 February at 1800 GMT talking about his life and career. If you miss the show you can listen again via the iPlayer or download the podcast.