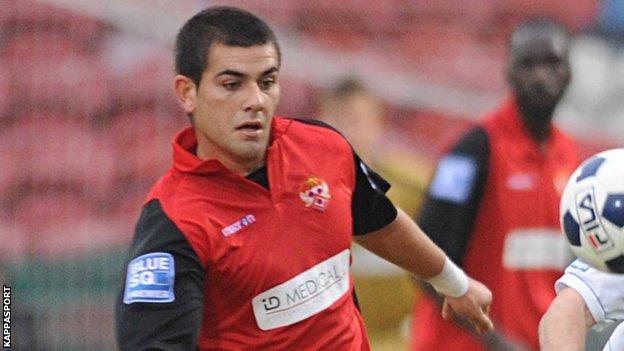 Meechan, 20, made 23 appearances for the Poppies, after joining them in July following his release from Motherwell.

Cross made two substitute appearances in Blue Square Bet Premier against Kidderminster and Darlington but has now been de-registered.

Meechan had given 14 days notice and had his contract cancelled by the Football Association on 30 January.