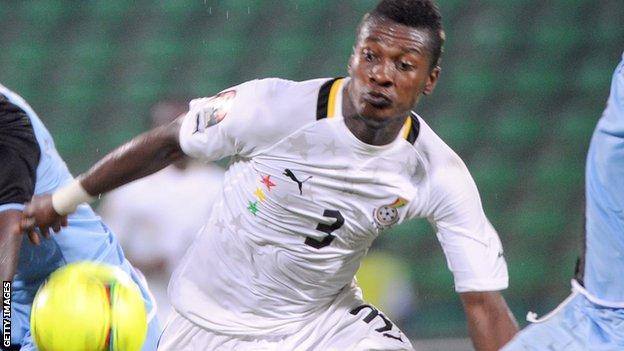 Gyan, 26, joined the United Arab Emirates club in September for a season-long stint worth £6m, with a view to a permanent move in the summer.

"There has to be some agreeement between all three parties before anything materialises," said O'Neill.

"I think the club that he is playing for are pretty anxious to buy him."

Gyan, who is currently involved in the Africa Cup of Nations, joined Sunderland from French side Rennes in August 2010 for a fee of £13m.

He has scored 11 goals in 37 appearances for the Black Cats.