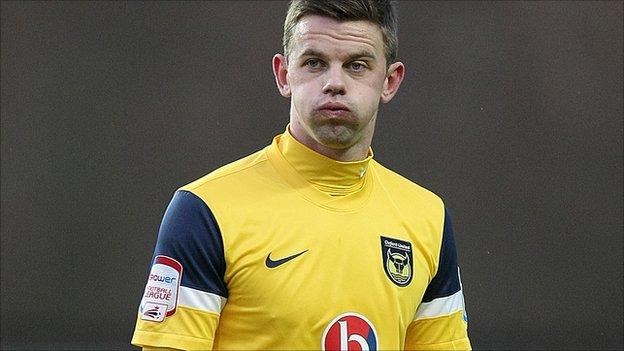 Oxford United striker Tom Craddock faces a month on the sidelines as the club try to manage his return to action from injury.

Craddock, 25, has been limited to just eight appearances this season after suffering a knee injury in the summer.

He made a comeback in November but his involvement has been stop-start because of a recurrence of a hamstring injury.

"We've taken the decision we need him for the end of the season," U's boss Chris Wilder told BBC Radio Oxford.

Craddock made a comeback in November, but was sent off just minutes after coming on as a substitute in the Johnstone's Paint Trophy against Southend.

After serving a three-game ban he returned in December but has struggled to regain full fitness.

Wilder added: "We wanted to give him a break and get him right for March and the tail end of the season."