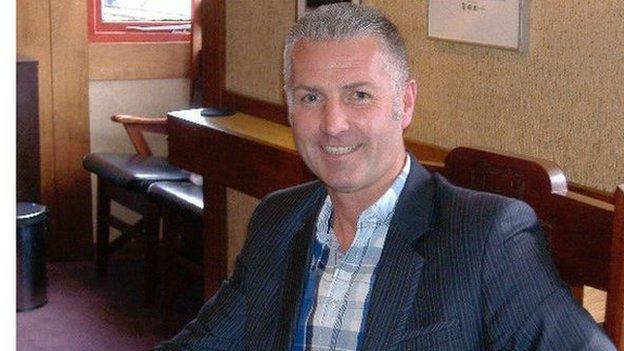 York City have signed midfielder Ben Swallow and central defender Chris Doig until the end of the season.

Swallow, 22, joined after a spell with Bristol Rovers while Doig, 30, was recently released by Aldershot Town.

York City manager Gary Mills told BBC Radio York: "Ben is another player that will want to start his career and show people what he's made of.

Chris is experienced, he knows the game, and he's old-school

Mills also said that Swallow, who played against York earlier this season for Bath City, had been a target for some time.

"I tried to get Ben a few weeks ago," the York boss said.

"Unfortunately the manager situation changed at Bristol so that was put on the back burner until now.

"He's an exciting winger, and left-footed. [He's] something we've not really had at York to balance us off and he's a very exciting player that can create and score goals."

Doig has previous experience with Nottingham Forest and Northampton and also won international honours for Scotland at Under-21 level.

Mills added: "He's experienced, he knows the game, and he's old-school and a good organiser.

"He's left-sided and I'm delighted to have him. I think he'll be a great addition to us."