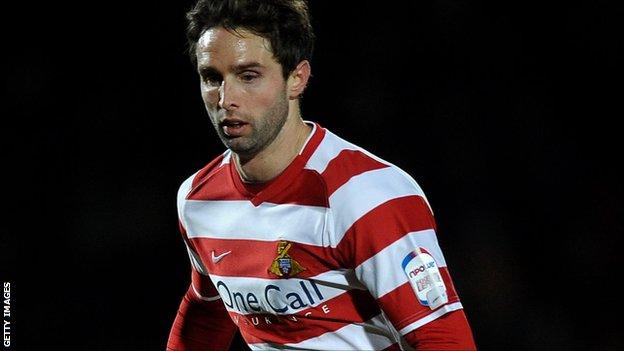 The U's signed two players on deadline day, Scott Rendell joined on loan from Wycombe while free agent Wilson joined until the end of the season.

And the 32-year old midfielder says he is eager to help them into League One.

It is a big club in my eyes, the fan base is big and is a club gathering momentum and I want to help get them promoted

"I was at Doncaster when we had a lot of success. There is no reason why this club cannot do the same and move up the leagues," Wilson told BBC Radio Oxford.

"Personally I want to improve as a player and perform to the best of my ability. After that it is about getting the club promoted," added Wilson, who left Rovers earlier on transfer deadline day.

"This is a step down or two in league terms but from my point of view it is a club that is gathering momentum."

Wilson saw his new team draw 1-1 with Burton Albion on Sunday, and believes he has made an astute move in joining Chris Wilder's side.

"I saw them play on Sunday and I was very impressed with what I saw," he added.

"They have a good blend of youth and experience as well as a manager who thinks about the game.

"It is a big club in my eyes, the fan base is big and is a club gathering momentum and I want to help get them promoted."