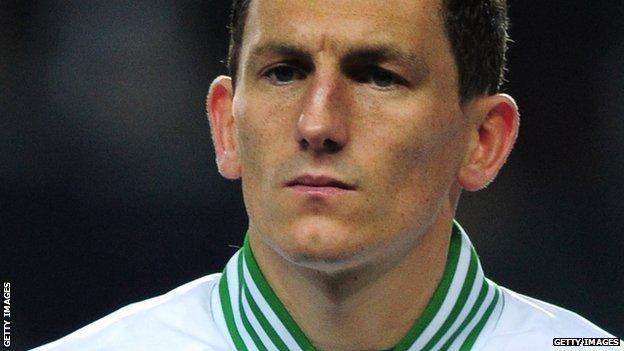 West Bromich Albion have completed the signing of Republic of Ireland international midfielder Keith Andrews on a free transfer from Blackburn.

The 31-year-old, who began his career at Wolves, has agreed a contract for the remainder of the season.

"Keith is a player I know well and have admired for several seasons," West Brom boss Roy Hodgson said.

"He can play in a number of roles across midfield and he will bring experience to the squad."

Andrews spent six years with Wolves, before a short spell with Hull and two years at MK Dons. He moved to Ewood Park in 2008 and played in 51 league games for Rovers, scoring five goals.

Hodgson added: "We are delighted to get him on board as we look to achieve our primary target, which is to secure a third successive season of Premier League football."