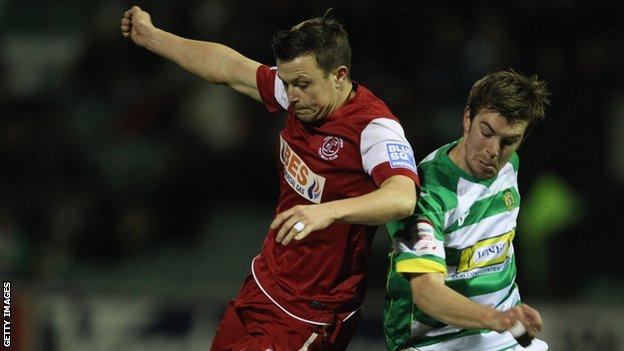 Yeovil captain Paul Huntington has been given a further one-match suspension by the Football Association.

The 24-year-old defender was sent off for a tackle on Jamie Proctor in the Glovers' 2-1 win over Preston on Saturday, 28 January.

Yeovil appealed against the card but the FA upheld the decision and went on to charge him with improper conduct.

After a personal hearing, the club confirmed a fourth match had been added to Huntington's ban.

Having already missed the defeat by Sheffield Wednesday on Saturday, he will now be ruled out for games against Colchester, Scunthorpe and Wycombe.

But the Glovers have been boosted by the news that Tottenham's Dean Parrett will stay at Huish Park on loan until the end of the season.

The 20-year-old first joined the League One club on an initial one-month deal in January and has since made four appearances.