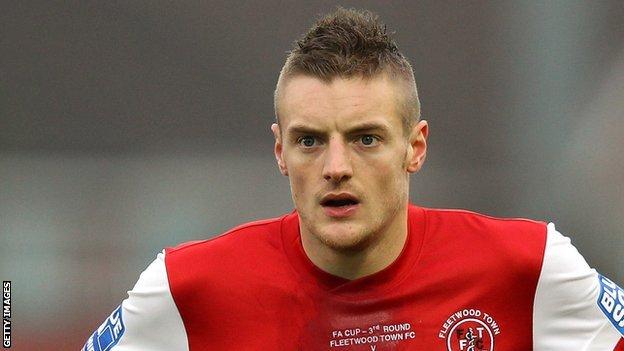 Andy Mangan put the hosts ahead from inside the box after a minute and won a penalty, which Magno Vieira took and Jonathan Hedge saved.

Kyle Patterson levelled the scores from six yards and Scott Barrow fired the Lambs ahead from the edge of the box.

Vardy levelled from Mangan's ball before Tamworth's Sam Oji was sent off for a second booking.