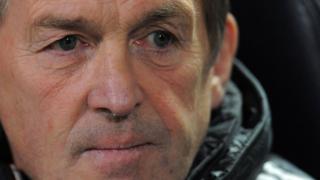 Dalglish wants no 'trouble' from fans

Manager Kenny Dalglish urges Liverpool fans not to "incite trouble" when they face Manchester United in the fourth round of the FA Cup on Saturday.

The fixture will be the teams' first meeting since Luis Suarez was banned for eight matches for racially abusing Patrice Evra in the 1-1 draw last October.

But Dalglish says Liverpool "want to concentrate on playing football and any other sideshow is purely that - it's just a sideshow".