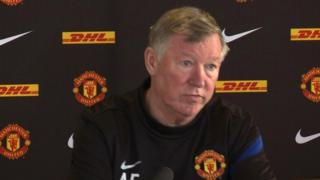 Ferguson calls on the players and supporters to be responsible and make sure that the game will be talked about for footballing reasons, after the recent incident between Luis Saurez and Patrice Evra appeared to raise the tensions between the two clubs.