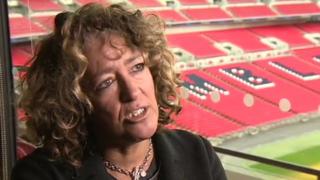 New Football Association director Heather Rabbatts hopes that, as a mixed race woman, her appointment will send out a message of "diversity and inclusion" at the FA.

Rabbatts, a former deputy chair of Millwall, has been appointed as a non-executive director alongside financial advisor Roger Devlin as the FA looks to make changes following a stinging parliamentary select committee report on football governance in July 2011.

Rabbatts says part of the challenge facing the FA is "to make sure that the diversity that is so fantastic on the pitch is reflected across all of the decision-making structures at the FA."