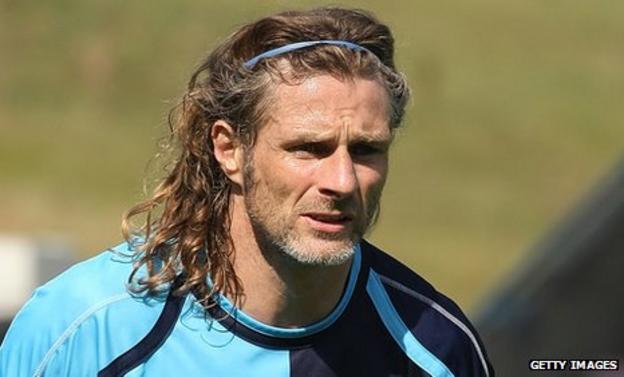 Wycombe captain Gareth Ainsworth believes his side's 6-0 thrashing by Huddersfield has dispelled any hope of avoiding a League One relegation scrap.

The Chairboys had found some form in December but have gone on to lose their last three games.

They now sit 22nd in the league and are three points from safety.

"If we thought we were getting out of the battle this very much cements where we are in the league," Ainsworth told BBC Three Counties Radio.

The loss to Huddersfield was Ainsworth's 500th league appearance. He has made 415 starts, 85 substitute appearances and scored 101 goals

"We are one of the bottom six or seven teams and we've just got to finish out of that bottom four."

Boss Gary Waddock has managed to secure just five league wins since his side's return to the third tier.

But 38-year-old veteran Ainsworth, who made his 500th career league appearance against the Terriers, insists the blame should rest firmly with the players.

"It always comes down to the manager but the players need to look at themselves," he said.

"We'll re-group as a team and we definitely owe Gary a performance.

"They deserve better and hopefully we can give them something to cheer about come the end of the season."