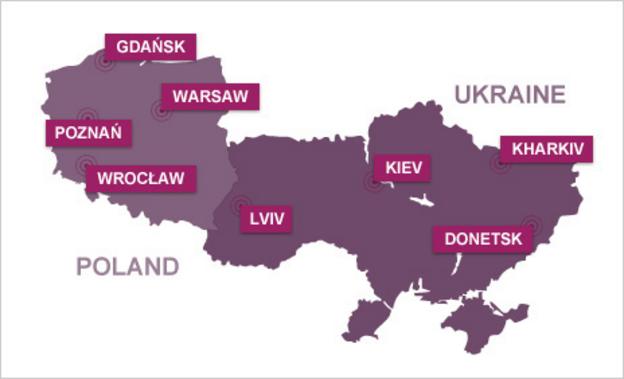 The 2012 Uefa European Championship will be played at eight venues, four in Poland and four in Ukraine.

Five new stadia have been built for the tournament - and the other three have been extensively renovated.

The tournament kicks off on 8 June with co-hosts Poland facing Greece at the National Stadium in Warsaw, and finishes on 1 July at the Olympic Stadium in Kiev, Ukraine.

Here is BBC Sport's guide to the grounds that will host this summer's tournament. 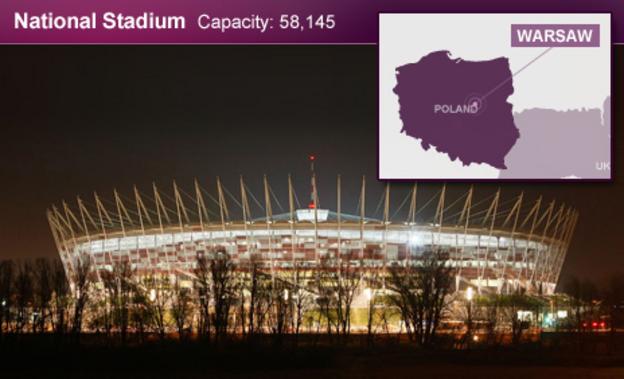 Who plays there: Poland's national team

Did you know? The stadium has a revolutionary retractable PVC roof which unfolds from a nest on a needle suspended above the centre of the pitch.

Games to be played there: Three games in Group A: the tournament opener between Poland and Greece on 8 June, Poland v Russia on 12 June, and Greece v Russian on 16 June. 1x QF on 21 June, 1x SF on 28 June.

Where is it? Warsaw is on the Vistula river and known as 'Phoenix City' after it was rebuilt at the end of World War II, which left 80% of its buildings destroyed. Behind structures in Paris, Frankfurt and London, Warsaw's Palace of Culture and Science is the fourth-tallest building in the European Union. 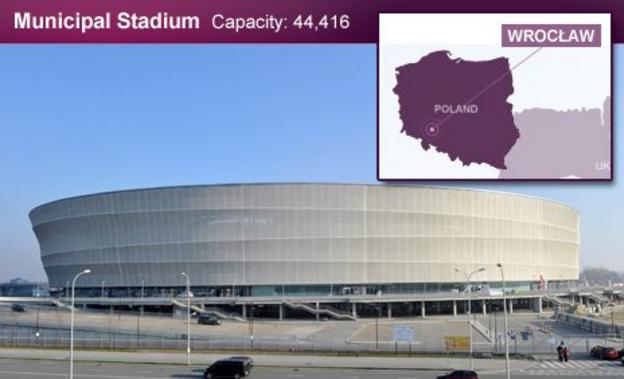 Who plays there: Slask Wroclaw

Did you know? The stadium is shaped like a Chinese lantern and its official opening saw it stage a George Michael concert in September 2011.

Where is it? Situated on the river Oder, Wroclaw is the main city in the south west of Poland - and capital of the Lower Silesian Voivodeship province. 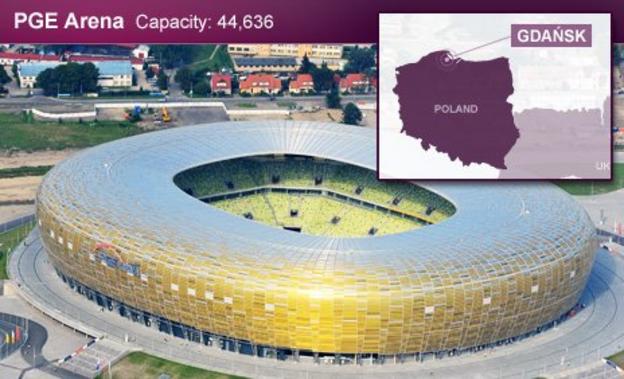 Who plays there: Lechia Gdansk

Did you know? The PGE Arena was known as the Baltic Arena until naming rights were bought by the Polish Energy Group. The stadium's curved exterior is made from 18,000 polycarbonate plates designed to resemble amber, for which the Baltic coastline is famed.

Where is it? Poland's main seaport and shipbuilding centre on the Baltic coast. Gdansk is at the mouth of the Motlawa river and near the Vistula river, which connects it to Warsaw. 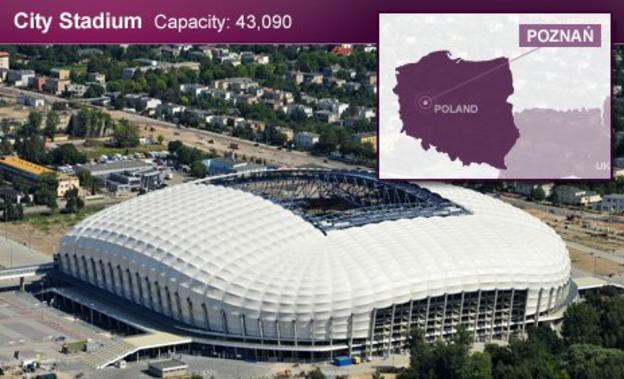 Who plays there: Lech Poznan and Warta Poznan

Did you know? Manchester City lost 3-1 when they came to Lech Poznan in the Europa League in November 2010 but their supporters picked up their now famous celebration - 'the Poznan' - from the home fans, who turned their backs on the pitch and bounced up and down with their arms locked when their side scored.

Where is it? Poznan is on the Warta river, midway between Berlin and Warsaw. 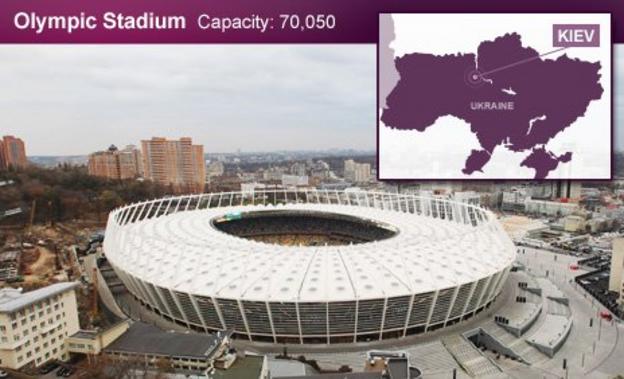 Who plays there: Ukraine's national team

Did you know? Known for most of its history as the Republican Stadium, it has been rebuilt for Euro 2012, with a new lower tier and west stand, plus a roof covering the entire seating area.

Games to be played there: Three games in Group D: Ukraine v Sweden on 11 June, Sweden v England on 15 June and Sweden v France on 19 June; 1x QF on 24 June and the final on 1 July.

Where is it? In the north of the country and on the Dnieper river. Kiev is Ukraine's largest city in terms of population and area. 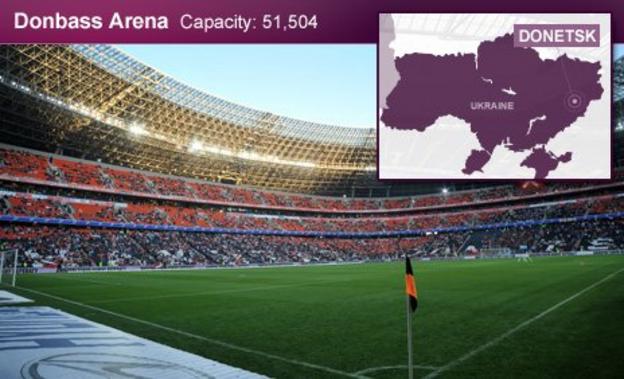 Who plays there: Shakhtar Donetsk

Did you know? Football was introduced to the Donbass region by British employees of Donetsk's founding father, Welsh coal and steel magnate John Hughes, who established mills and mines in the region in 1869.

The Donbass Arena was designed by ArupSport, who have also designed Manchester City's Etihad Stadium, Bayern Munich's Allianz Arena and the Beijing National Stadium in China.

Where is it? In the Donets Basin, at the heart of Ukraine's coal mining production. 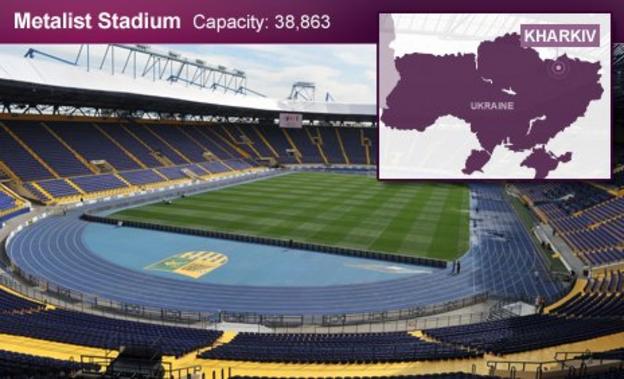 Who plays there: FC Metalist Kharkiv

Did you know? Locals call the Metalist Stadium the 'Spider Arena' because its external supporting pillars make it look like a giant arachnid. The south stand contains a three-storey shopping mall and office complex.

Where is it? Kharkov is at the join of the Lopan, Kharkiv and Udy rivers, 40km (25 miles) from the Russian border. 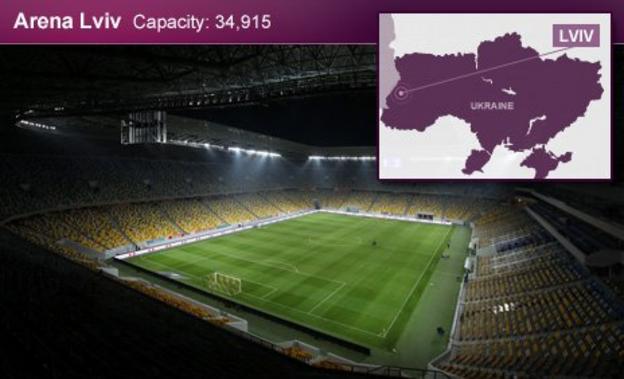 Who plays there: FC Karpaty Lviv

Did you know? The first documented football match in Ukraine/Poland took place in Lviv on 14 July 1894.

Where is it? Lviv lies just 40km (25 miles) from the Polish border and was part of Poland until World War II.