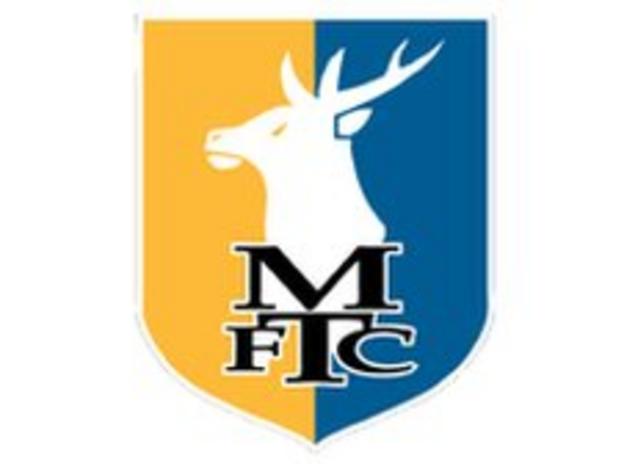 Mansfield Town assistant manager Micky Moore refused to use a sickness bug as a reason for Tuesday's painful FA Cup exit at the hands of Fleetwood Town.

Boss Paul Cox and top scorer Matt Green missed the 5-0 rout in the fourth qualifying round replay in Lancashire.

Several other players were also affected by the bug in the build-up.

"The sickness bug had an impact and there were four of five other players that had it, but I wouldn't use that as an excuse," Moore said.

"We went 1-0 down and then, on the stroke of half-time, we conceded a sloppy goal," said Moore.

We went for it in the second half. We didn't sit back and you always leave yourselves open but it's still very disappointing

"We went for it in the second half. We didn't sit back. You always leave yourselves open, but it's still very disappointing."

The Stags also suffered a nightmare journey, taking nearly six hours to travel the 125 miles from Field Mill to the Fylde coast.

"Little things didn't help," added Moore. "We are not using them excuse but it doesn't help your preparation.

"But we have to dust ourselves down and ready to face Cambridge on Saturday.

"We can't have any knee-jerk reaction to this result. We have to take it on the chin and concentrate on the league."