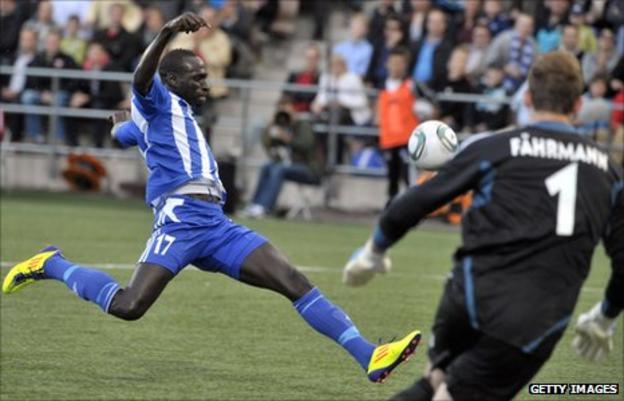 The forward has signed a two-year deal with the team making its debut in Germany's top flight.

The 27-year-old leaves HJK Helsinki, the Finnish club he joined in 2007.

Augsburg are still without a win after four games in the Bundesliga.