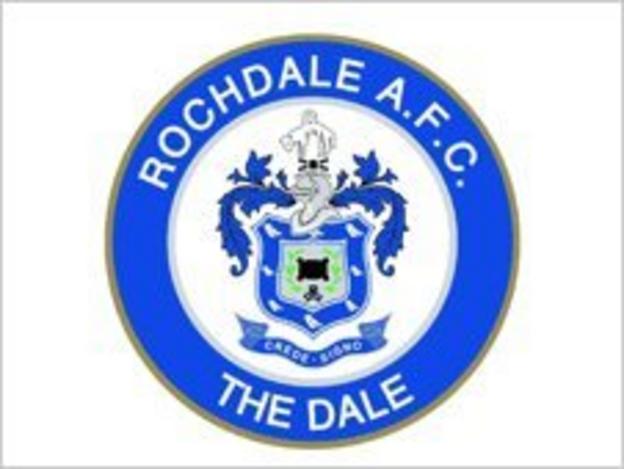 Rochdale have beaten off interest from a number of clubs to sign defender Marc Twaddle on a free transfer.

"Marc has a lot of potential and we are delighted he has decided to come and join us," Eyre told the club website.

"Some Championship teams had also shown an interest but we got an opportunity to get him down for talks and explain what we are about."

Twaddle came through the youth system at Rangers but failed to break into the first team, so moved to Falkirk in 2003.

Marc is comfortable on the left of defence, either out wide or as a left-sided centre half

After a two-year spell at Partick Thistle in 2007, he returned to the Bairns and made 100 appearances on his two stints, scoring six goals.

"He is comfortable on the left of defence, either out wide or as a left-sided centre half.

"Craig Dawson and Marcus Holness were outstanding last season, but both were right-footed in the main and Marc will add a bit of balance in the back line," Eyre added.

"Marc is the right age and we are hoping he'll flourish at Spotland and become an established defender at this club and reach his full potential."