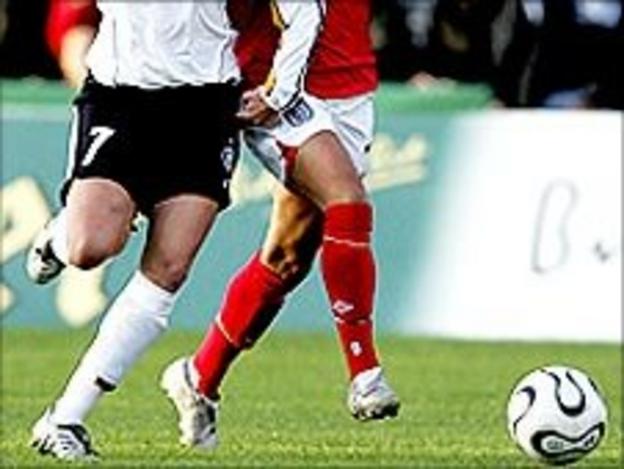 Hibernian missed the chance to draw level with Scottish Women's Premier League leaders Glasgow City when they were beaten 2-1 by Celtic on Sunday.

Sue Lappin scored Celtic's winner after a goal by team-mate Chloe Craig and one for Hibs striker Laura Kennedy.

City are three points ahead of Hibs with a game in hand and Celtic remain in third a further five points behind.

Hamilton lost 2-0 to Forfar, Aimee Godfrey and Caroline Heron with the goals for the fourth-place side.

Jennifer Callaghan and Karen Mason scored two goals each for Rangers and Inverness as they drew in Glasgow.

Kilmarnock scored their first goals of the season, but still lost 7-3 to Hutchison Vale.

And Spartans demolished Falkirk 6-1 in Denny, helped by a brace each from Diana Barry and Scotland star Hayley Lauder.