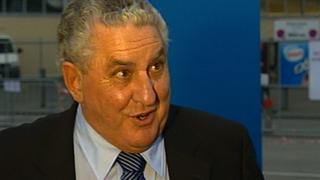 Boyce believes Fifa is not corrupt

Boyce also says it is time for the English FA to "rebuild bridges" with Fifa - and Uefa - after coming under attack for attempting to delay the presidential election.