Fifa's ethics committee meets on Sunday to discuss allegations against president Sepp Blatter and two other members of the organisation.

The action follows a charge by Mohamed Bin Hammam, who was due to be Blatter's rival in next week's presidency election until Bin Hammam withdrew, that Blatter knew about alleged cash payments.

The hearing will be chaired by Namibian judge Petrus Damaseb.

BBC Sport profiles the four men and judge at the centre of the hearing.

Blatter has held the position of Fifa president since his election 13 years ago. 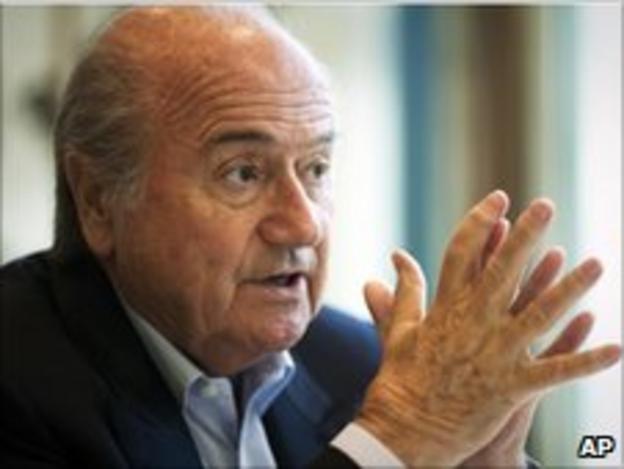 Born Joseph Sepp Blatter in Switzerland in 1936, he played football in the Swiss amateur league for 23 years and began his working life as the public relations head of a tourist board.

Blatter became the general secretary of the Swiss Ice Hockey Federation in 1964 and went on to help organise the 1972 and 1976 Olympics, joining Fifa in 1975 as technical director.

He is bidding for a fourth term as president, which he insists will be his last, but his reign has been dogged by controversy, including an accusation from the Confederation of African Football vice-president Farrah Addo that he was offered $100,000 to vote for Blatter in the 1998 election.

In 2004 he was widely criticised for suggesting women footballers should "wear tighter shorts and low-cut shirts" and he came under fire again after the 2018 and 2022 World Cups were awarded to Russia and Qatar respectively.

When asked if he foresaw any cultural problems in Qatar, where homosexuality is illegal, Blatter, apparently joking, said: "I'd say they [gay fans] should refrain from any sexual activities."

Bin Hammam is a member of Fifa's executive committee and was re-elected as president of the Asian Football Confederation earlier this year - a position he has held since 2002. 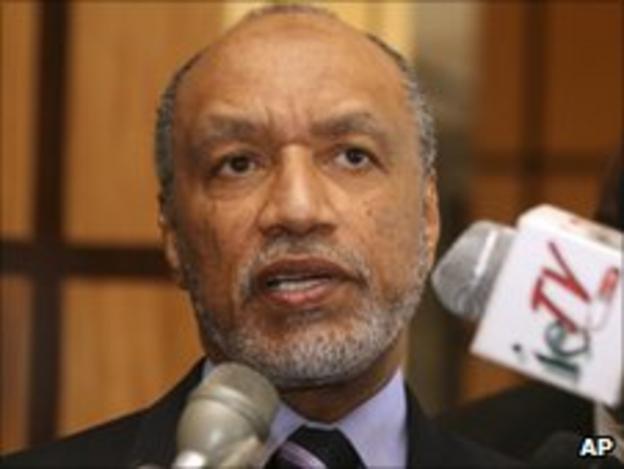 The 62-year-old is a native of Qatar and worked for the country's football federation from 1972-1996, when he became a Fifa executive member.

On his website, the father of two describes "my world in which football is king, I am its subject, ardent fan and foremost champion".

Bin Hammam was a staunch supporter of Qatar's bid to hold the 2022 World Cup, controversially awarded to the Arab emirate last year, and announced he would stand against Blatter for the Fifa presidency on 1 June, stating "change is necessary and needed."

His chances were hit by allegations of bribery, along with Fifa vice-president Jack Warner, made by Concacaf general secretary Chuck Blazer in May 2011.

Bin Hammam responded by claiming Blatter knew about alleged cash payments but did not report them, resulting in all three men appearing before Sunday's Fifa ethics committee hearing.

In the early hours of 29 May, he announced he was withdrawing from the presidential election, leaving Blatter unopposed.

Born Austin Jack Warner in Trinidad in 1943, he is Fifa vice-president and president of the Confederation of North, Central American and Caribbean Association Football (Concacaf). 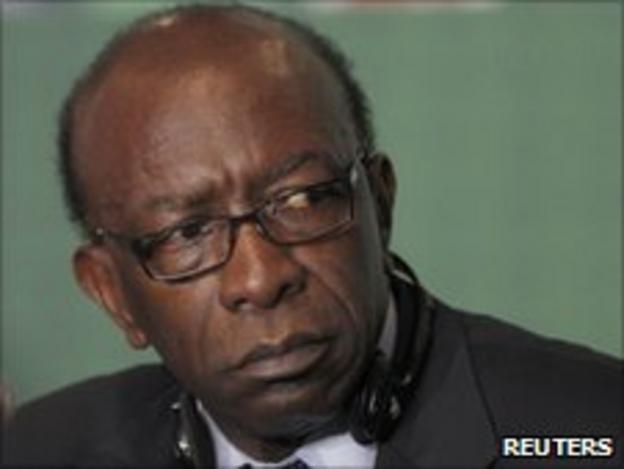 After stints as general secretary of the Central and St George Football Associations, he became secretary of the Trinidad and Tobago Football Federation in 1973, where he still holds a post of special advisor.

In 2006, the BBC's Panorama programme revealed that Mr Warner had sold tickets on the black market for that year's World Cup tournament in Germany.

Fifa subsequently ordered Mr Warner's family business, Simpaul Travel, to make a $1m donation to charity to "compensate for the profits it had made through resale of 2006 Fifa World Cup tickets".

Earlier this month, former FA chairman Lord Triesman accused Warner and others of seeking £2.5m to build an education centre in Trinidad in return for backing England's 2018 World Cup bid.

The BBC recently obtained access to an email from Warner to Triesman asking for the FA to assist in purchasing Haiti's 2010 World Cup TV rights. Fifa, the ultimate owner of outdoor broadcast rights, told the BBC that no public viewing licence was ever granted for Haiti.

Blazer is a 66-year-old New Yorker who has been a member of the Fifa executive committee since 1996 and is also general secretary of Concacaf. 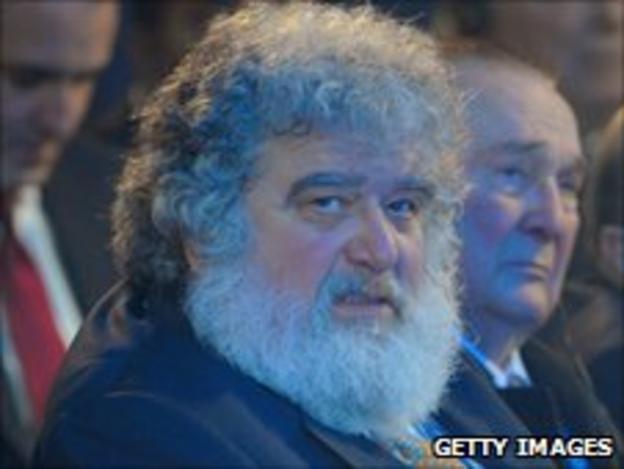 He started out running youth football in New York and rose to become commissioner of the American Soccer League and executive vice president of the United States Soccer Federation.

In May 2011 he made official allegations of corruption against Bin Hammam and Jack Warner surrounding the bidding for the 2018 and 2022 World Cups, which were awarded to Russia and Qatar respectively.

He also criticised the "ludicrous" decision by Fifa not to award Concacaf teams an additional World Cup place for 2014.

He is a Manchester United fan and has a blog called 'Travels with Chuck Blazer and his Friends', which shows pictures of him with various Fifa officials, Nelson Mandela and in fancy dress as a pirate. 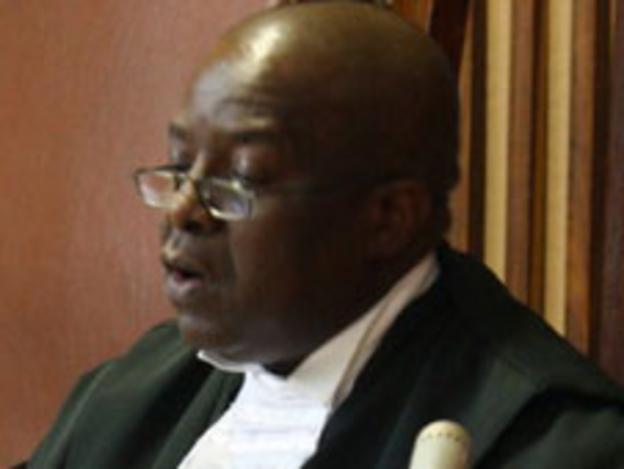 The 48-year-old is deputy chairman of the ethics committee but will preside over the hearing after chairman Claudio Sulser ruled himself out on the grounds he shares Swiss nationality with Sepp Blatter.

Damaseb studied at Warwick University after going into exile in 1978, at the height of the country's struggle for independence.

A gifted footballer, he played for Chiefs Santos, one of Namibia's leading clubs, and went on to spend six years as the president of the Namibian Football Association.

Damaseb is on the appeal board of the Confederation of African Football and his family own a club in Namibia's third division called Chelsea.