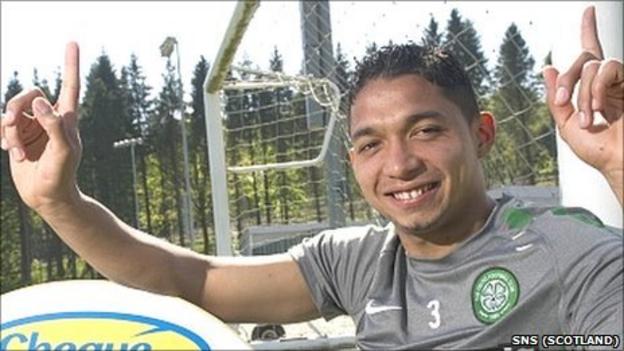 Celtic's Emilio Izaguirre admits his PFA Scotland player of the year award will be a hollow victory if it is not accompanied by a league winner's medal.

Izaguirre has been a key figure in Celtic's bid to regain the Scottish Premier League title from Rangers.

His team will win the SPL if they take full points in their last four games.

"I have faith that we're going to win the league, and then I'll be even happier," said the Honduran international full-back.

Izaguirre's performances this season have led to speculation linking him with a move to England or abroad, but as far as the player is concerned, his future lies with Celtic.

"I'm very grateful to everyone at Celtic and I hope to stay here for a long time, and enjoy myself as much as I've enjoyed this year," he said.

"The manager (Neil Lennon) has treated me and the rest of the team really well and that's how we'll succeed - as a team.

"There's been a lot of pressure on us all season. Now we have to try to enjoy these last four games and hope we come out on top."

The defender says his goal is to play in the Champions League.

"That's why I like it here, because Celtic are always challenging at the top and now we have a real chance to get into the group stage of the Champions League," he added.