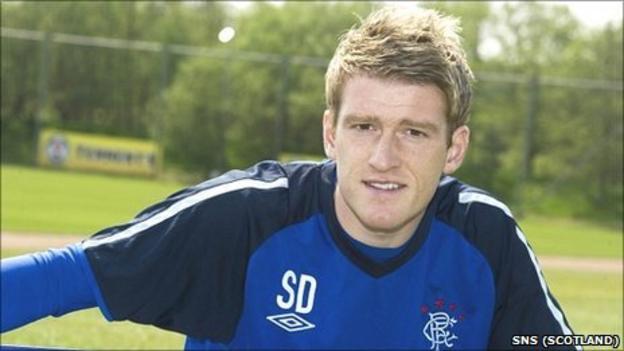 Steven Davis says he would like to extend his stay at Rangers beyond the end of his current contract, which expires at the end of next season.

Rangers' ability to hold on to the midfielder is likely to depend on whether Craig Whyte's prospective takeover is finally completed.

The Northern Ireland star hopes the club does not have to cash in on him if the takeover does not happen.

Asked if he could be sold in the summer to raise cash for the club, the former Aston Villa and Fulham player said: "I hope not. It's got to the stage where we can't afford to lose anybody else in terms of the playing squad and everybody is hoping that the takeover goes through.

"I'd like to extend my stay but there are so many ifs and buts at the minute in terms of the takeover.

"Everybody is pushing towards that first and the rest will look after itself.

"We've had a relatively good amount of success since I've been at the club. Hopefully we can finish this season on a high as well."

He appears to have satisfied chairman Alastair Johnston that he has the funds available to not only buy the club and repay Lloyds Banking Group the debt it owes, but to invest in the team.

"Hopefully the boys that are coming to the end of their contracts get them renewed and we get some new faces in as well," added Davis.