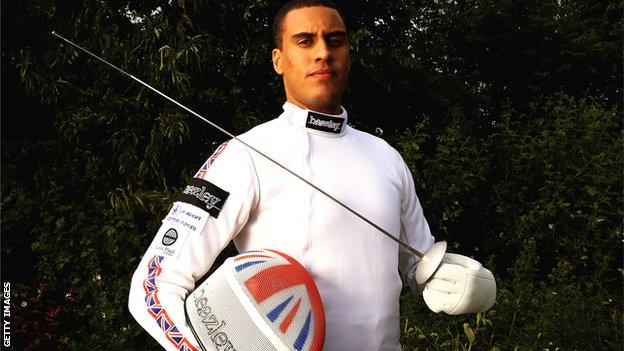 He had booked his place in the final by defeating reigning champion Peter Joppich of Germany 15-8 at the semi-final stage.

Davis will return to action in the team event on Friday.

The Barnet-born fencer relocated to San Francisco, United States in November of last year in order to train with some of the world's best fencers and increase his prospects of success at the Rio Olympics in 2016.

Trailing 10-6 midway through the final, Davis was instructed to change his kit as it had become too moist - which was affecting conductivity and thus impacting his opponent's ability to score.

However, he returned re-focused and powered to victory against seven-time European medallist Cheremisinov.

"I am so happy," Davis tweeted. "Big thanks to all those who have wielded with me!!!

Britain's Gwendoline Neligan won European gold back in 1933, but the event in Budapest was later re-classified as a World Championships and, as a result, Neligan was awarded the World title.