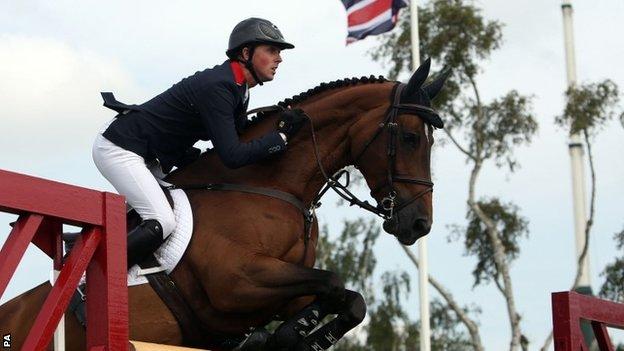 British showjumper Ben Maher will miss the World Equestrian Games after his horse Cella picked up an injury.

Maher is ranked third in the world and had been expected to play a key role in British ambitions of winning the world team jumping title in Caen, Normandy.

"It is sad that Cella, with all her experience, is out," said Will Connell, Britain's chef de mission in France.

"However, I am pleased that Jessie, who is a talented, up-and-coming rider, gets the opportunity to go to her first senior championship."

A statement from the British Equestrian Federation attributed Maher's absence to "a small overreach injury" to Cella during training, sustained the day before their planned departure for the event.

Drea, 22, will come to Normandy as the travelling reserve.