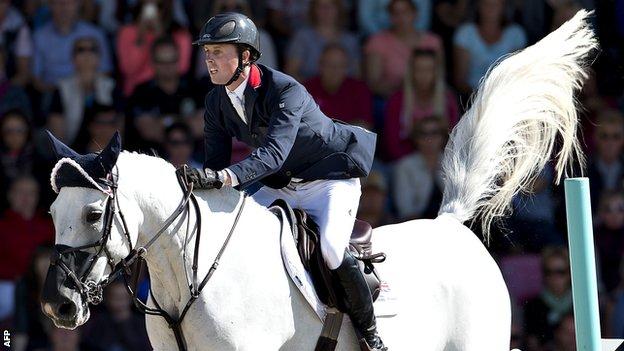 Olympic champion Ben Maher has become the world's top-ranked showjumper after a superb series of results in August.

The 30-year-old from Essex won team gold and

He was part of the British team that won the Dublin round of the Nations Cup and was victorious in the King George V Gold Cup at Hickstead.

"Wow I can't believe it. Thank you to my team, sponsors and all of my horses," Maher said on Twitter.

The Elsenham-based rider, who helped Britain win team gold at London 2012, has risen from 19th to first in the world on the FEI (International Equestrian Federation) Longines rankings.