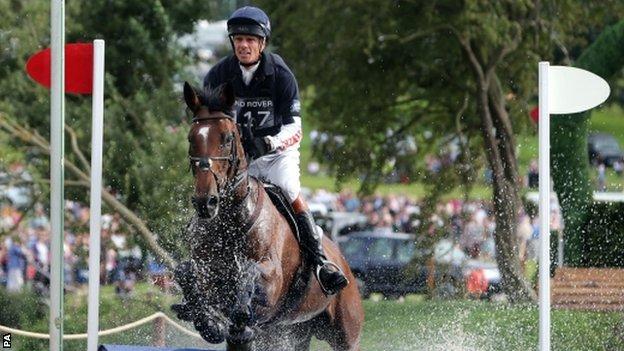 William Fox-Pitt narrowly failed to defend his Burghley Horse Trials title on Sunday, but did do enough to win the annual HSBC Classics Series.

Fresh from winning team silver with GB at the London Olympics, Fox-Pitt finished third on Parklane Hawk behind eventual winner Andrew Nicholson, and Sinead Halpin of the United States.

Winning by one point is a bit close, but thank heavens for Parklane Hawk, who has been fantastic.

But Fox-Pitt's finish saw him win the Classics crown for eventing's most successful rider in 2012 by one point.

"It was very close," Fox-Pitt said.

"I came to Burghley knowing the pressure was on and knowing that Andrew was on fantastic form.

"Winning by one point is a bit close, but thank heavens for Parklane Hawk, who has been fantastic.

"Having two [showjumping fences] down is frustrating, but what a record he's got. Perhaps with a more ideal preparation this year he would have been back to his old best."

Burghley itself was won by an equally narrow margin. Halpin had led for the first three days after producing brilliant dressage and cross-country displays, but hopes of a first four-star title disappeared in the showjumping phase.

Last to go, Halpin had two fences in hand, but 12 faults on Manoir de Carneville - including a penultimate fence knockdown - meant Nicholson and Avebury triumphed.