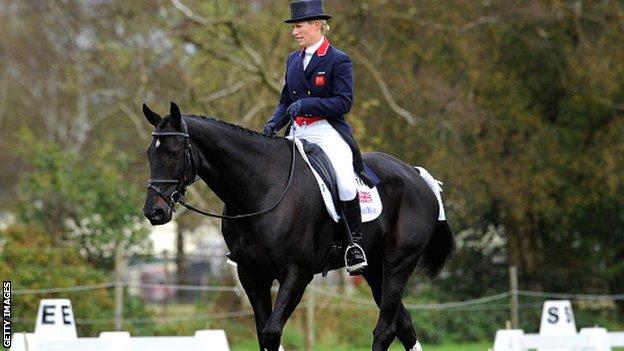 Zara Phillips kept her hopes of Olympic qualification alive with a winning start to the eventing season in Hampshire.

Phillips was in a strong position after the dressage at Tweseldown following a score of 30.

Phillips, the Queen's granddaughter, and High Kingdom were 14th in open intermediate section C, a class dominated by Wiltshire-based New Zealander Andrew Nicholson, the World Equestrian Games individual bronze medalist in 2010, who was first and second aboard Avebury and Calico Joe respectively.

Other winners on day one of the trials were Fredericks (Mr Miller 2), New Zealand's Tim Price (Wesko) and George Hilton Jones (Dollar Hill).